Fingal’s Cave is a sea cave on the uninhabited Isle of Staffa. It was named after the Irish General Fingal who in 250 AD arrived with his Ossian clan to the Scottish Isles. Fingal’s name transcended his life through Ossianic heroic verse, these lyrics kept his name alive in the minds of the people who dedicated the cave to Fingal. In ancient Celtic culture the dead were thought to be inhabit the world of the living, their presence revealed by a sudden change in the weather, the appearance of a mist in the landscape or the unusual behaviour of animals.

I made this watercolour in July 2020 for an exhibition commemorating the artwork ‘Celtic Kinloch Rannoch a Scottish Symphony’ by Joseph Beuys. Beuys made ‘Kinloch Rannoch’, in response to various artists work, one being Felix Mendellson’s Hebridean overture (1830), a piece of music about Mendellsson’s experience of Fingal’s cave, where the Atlantic swell tumbled in, provoking an overwhelming spirit of loneliness of place.

‘Staffa Fingal’s Cave, After William Turner’ draws on the way Beuys’s action intended to conjure up the spirit of dead artists, as if their creativity had a transcendental, transformative power over the present moment. An attitude to the dead which gestures towards Celtic culture.


With the spirit of Beuys in my mind, this work looks to the mastery of William Turner’s depiction of Fingal’s Cave. His elemental use of light and the colour of the sea’s atmosphere. His painting dwells on the passage of time, a double image of the ancient geological marvel and a steam train. In response I chose to paint using homemade plant dye so the surface over time will evolve like the basalt rocks of Fingal’s Cave, being washed away by the sea. As I laid down these marks I had the awareness in my mind that each artwork brings with it, the spirit of another. 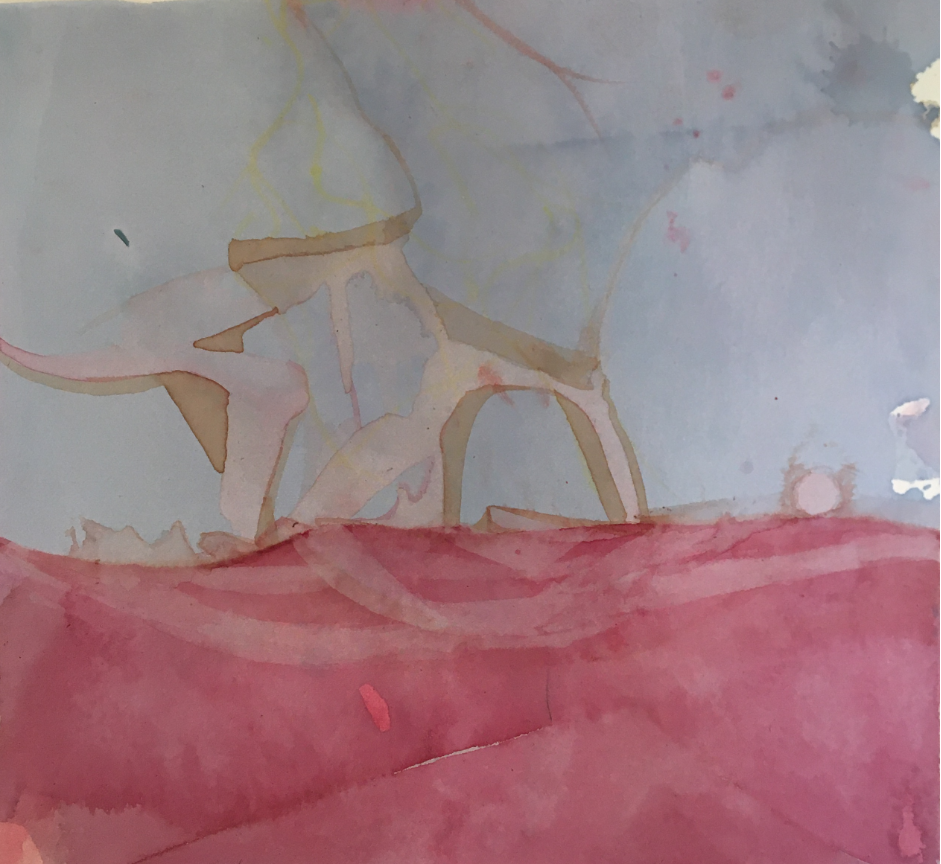